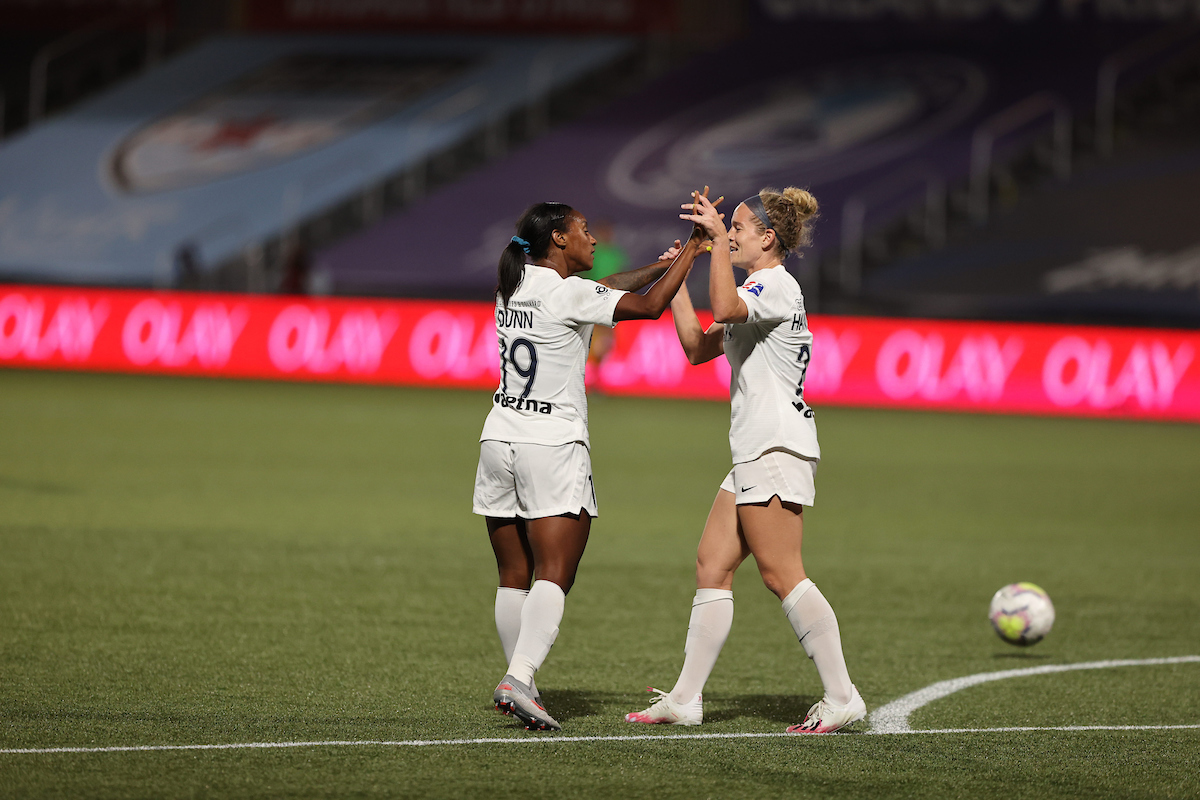 The NWSL’s two Cascadia teams battled to a scoreless draw in their last game of the preliminary round.

In the 70’ Reign keeper Michelle Betos made a great save, as she denied Rocky Rodriguez from the top of the box to keep the shutout.

In exciting news, OL Reign midfielder and NWSL royalty Jess Fishlock made her first appearance of the year after recovering from a knee injury sustained in the 2019 season.

With this scoreless draw and Chicago’s 1-0 win over Utah the previous night, Portland is confirmed to be at the bottom of the standings as the only winless team in this tournament.

Samantha Mewis put the Courage on the board early in the match, scoring in the 7th minute. After an Abby Dahlkemper corner kick bounced around the box Mewis volleyed it into the back of the net.

Crystal Dunn scored her first goal of the Challenge Cup in the 56’. After she received the ball from Lynn Williams and gracefully beat Sky Blue’s defense, Dunn calmly slotted the ball away from about 12 yards out.

Veteran forward Jessica McDonald made her first appearance of the Challenge Cup. Towards the end of the match, Sky Blue picked up momentum and found more opportunities on goal, however, they were unable to convert. With this win, North Carolina has a perfect 4-0 record in the preliminary round.