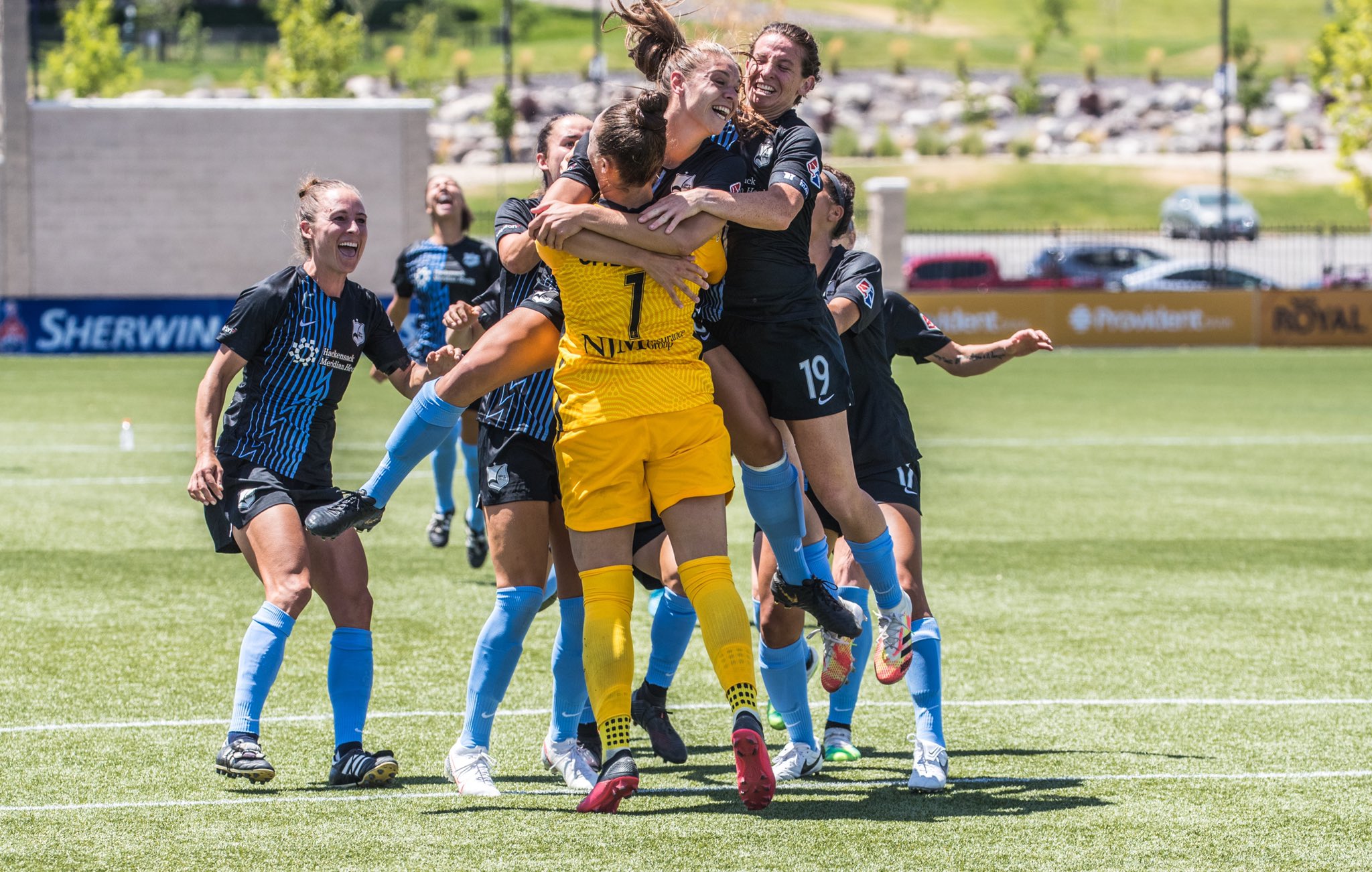 While the match between the Washington Spirit and Sky Blue FC was full of opportunities, but neither team could capitalize. In an outstanding performance, Sky Blue keeper Kailen Sheridan shined as she denied the Spirit’s Ashley Sanchez on multiple occasions.

For the first hour of the game, the Washington Spirit were without USWNT star, and key playmaker, Rose Lavelle; her minutes were limited, as mandated by US Soccer.

As the game ended scoreless in regulation time, penalty kicks were used to decide the winner. Sky Blue won 4-3, as only Richardson (Sky Blue), Stabb, and Feist (Spirit) failed to convert their penalties.

From the start, Shirley Cruz carried the Reign’s offense. Cruz’s attack opened space and created opportunities for her teammates and herself. The combination she creates with Jess Fishlock, who is in her first start of the tournament, has the potential to be incredibly lethal. This partnership is new and it will be very exciting to watch it develop.

Another standout player is Chicago’s, Bianca St Georges. The Canadian rookie is a solid outside back who is strong, feisty, and creative on the attack. Even when matched up with Sofia Huerta during this game, one of the best NWSL forwards, St Georges held her ground.

Another scoreless draw in NWSL quarterfinals, with neither team able to capitalize on opportunities. During the second half, Chicago’s Kealia Watt had an opportunity in goal but took a touch too many.

Reigns first penalty taker Shirley Cruz missed her penalty, skying it over the crossbar. This gave a surge of confidence to Chicago, knowing the shoot out was in their hands. They were perfect, every single player converted (Ertz, DiBernardo, Watt, Hill). OL Reign’s captain Lauren Barnes took penalty kick number 5, needing to convert to stay alive but she she was denied by the post.

Chicago advances into the quarterfinals where they will play Sky Blue FC.

The Semifinals are set for July 22nd!

The final will be played on July 26th at 12:30pm EST. All matches going forward will be played at RSL and the Utah Royals home field, Rio Tinto Stadium.