MNUFC Faces and Slays Its Demons At SKC 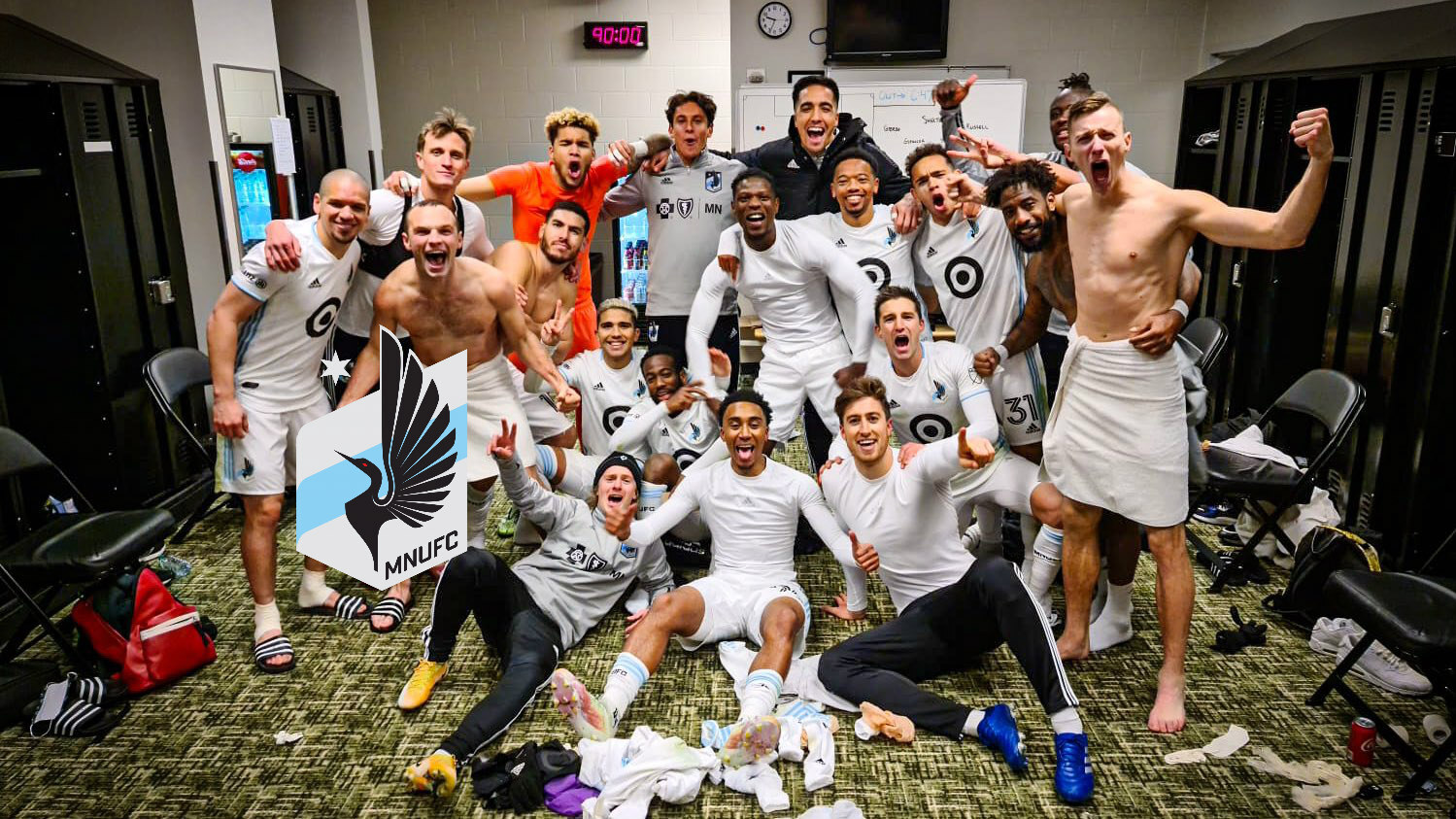 Our last “Far Flung Loon” was published over two months ago. Minnesota was in a scoring drought, earning merciless points with gutsy defense. The conclusion of that piece read,

When Minnesota’s midfield returns to the basics, they cannot be stopped. Kamara and Toye are only as good as the service the midfield provides. The formula is there, but so far can only be unlocked by one combination.

Minnesota United needs to find the others soon.

Fast forward to Thursday, December 3. Minnesota United FC arrived in Missouri to play in its first conference semifinal. Against Sporting Kansas City, in a stadium where the Loons have only ever scored one goal. Mason Toye was long gone, having requested a move to Montreal. Kei Kamara had been working off the bench. And head coach Adrian Heath had eliminated the ‘striker island’ problem in a very creative way. He eliminated the striker.

For the second consecutive match, Heath rolled out his typical 4-2-3-1 with a false nine at the front. Winger Robin Lod played the target man with Kevin Molino, Emanuel Reynoso, and Ethan Finlay, behind him. Molino and Reynoso stunned Colorado in the first round, a 3-0 win at home where Molino notched 2 goals and Reynoso 2 assists. The duo bested that performance on Thursday.

While SKC was without Alan Pulido, rumored for a return from injury, Johnny Russell and company appeared poised to tear apart the Loons’ defense right from kickoff. Dayne St. Clair was forced to make the first of his 4 saves in the 2nd minute when Ilie Sanchez got his head on a cross from Gianluca Busio. For the next 20 minutes, the Loons struggled to find their footing, leaving DSC to pick up the pieces. (There was also the requisite goal line clearance from CB Michael Boxall.) The stand-in starting goalkeeper quickly overshadowed his counterpart, Tim Melia.

On this night, there were no penalty kicks, no shootout dramatics. Two run of play goals and a textbook cornerkick bested Melia. When Minnesota’s midfield finally clicked – from Jan Gregus and Ozzie Alonso, all the way up to Finlay and Lod – Molino and Reynoso got to work. The two team goals at 27′ and 35′, each culminating from the Reynoso-to-Molino equation, stunned SKC.

While the in-stadium fans were displeased with the second goal, Molino was cleared of any potential offside infringement by VAR. While the visitors celebrated multiplying their all-time goals scored at SKC, there were still 55 minutes to play — Minnesota is no stranger to squandering a 2-0 lead.

But less so a 3-0 lead. Just 4 minutes after Molino’s brace, Loons centerback Bakaye Dibassy slipped between Melia and his defenders to connect with a cornerkick from Reynoso. His header floated into the net, lofting Minnesota into dreamland.

A flurry of SKC substitutions (4 in all) and MNUFC yellow cards (5 total, including a 42nd minute booking for Reynoso) filled in the second half stat sheet. Molino, Reynoso, Alonso, and Boxall, all subbed out late in the half – Boxall due to YC risk, the others for minute management. DSC and an all-hands defensive midfield staved of SKC’s fresh legs through it all.

Three added minutes weren’t nearly enough for the hosts. Minnesota held the lead, the clean sheet, and their own destiny.

Next up: The Western Conference Final. MNUFC will travel to Seattle on Monday, December 7, to make their next bid for the MLS Cup.

Come On You Loons