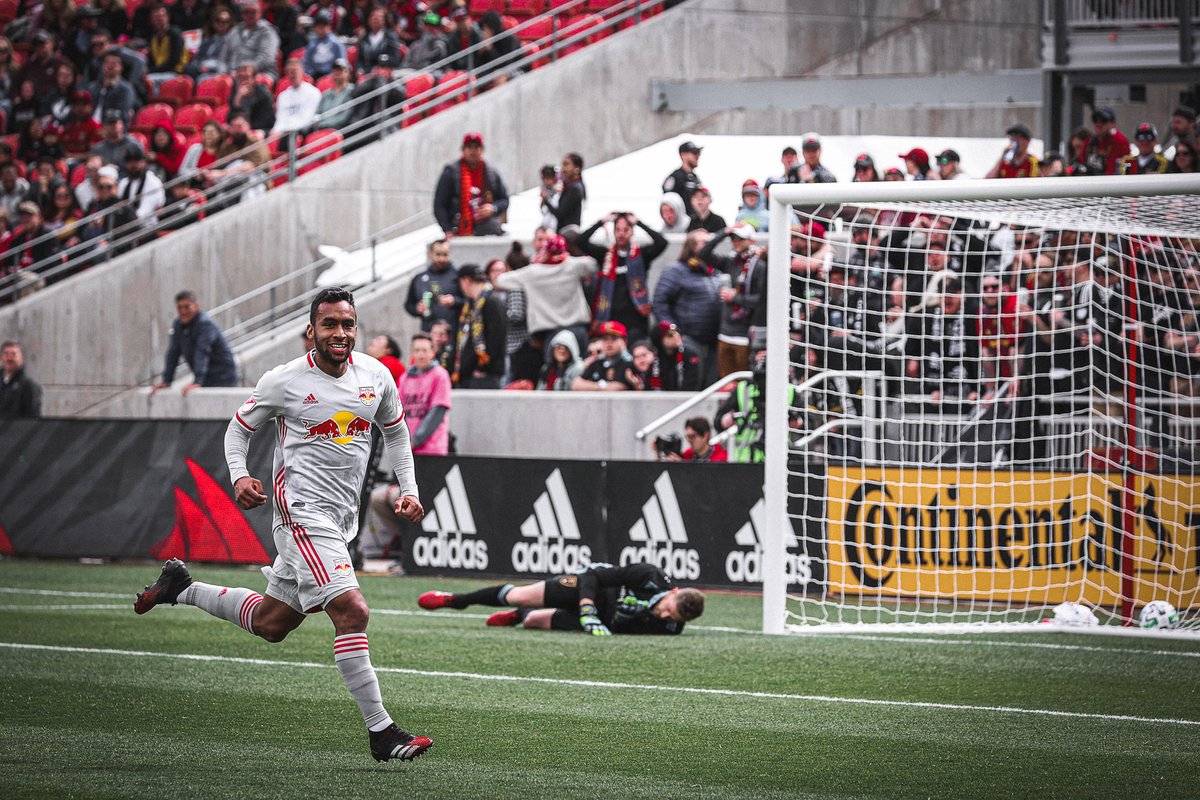 That title may seem a backhanded compliment, but bear with me.

The New York Red Bulls, starting a multi-game road trip, went to Rio Tinto Stadium to face Real Salt Lake. They have only once won a match at the RioT, but never during the regular season. And though an early goal may have had fans thinking today would be different, it was not to be.

Life is not the mountaintops

Credit to the folks at MSG: they offered a gorgeous shot of the Wasatch Mountains. When I’m finally able to travel around the country for games, I’m going to enjoy seeing those in person.

There’s no need to complicate it

Manager Chris Armas sent out the same starting XI from last week’s home opener. The three substitutions were also a repeat from the win at Red Bull Arena. The young John Tolkin and the also-young Mathias Jorgensen earned spots on the bench, but remained there for the day. If it ain’t broke, don’t fix it, right? Ryan Meara and Aaron Long are still working their way back to health. Davis Jensen, hatless in both halves, notched another pair of saves for the season.

A lot of people have been clamoring for RBNY to get a “big signing.” Yeah– not happening. Rumor has it that there is a new defender signing imminent, a Frenchman from the lower divisions. But I’m not Adele. Besides, isn’t it a solid achievement to be able to look at the whole team and not be disappointed in any of them?

Sean Davis: taking the captain’s armband seriously and directing the pace. Also, a beautiful clearance at the face of the goal.

Kyle Duncan: powering up the right channel and keeping pace with attackers when needed. His slide to the net when the ball hit the side post stopped the chaos and prevented an equalizer at the half-hour mark.

Marc Rzatkowski: impressive as a sub and the fresh legs the team needed.

I just found myself saying about each player, “him? I like him.” Hopefully, that fuels the team throughout the season.

Somehow you still make me smile

I have a rule: the only time I refer to a goal as a ‘GOLAZO’ is when it’s shot from outside the penalty box, and preferably unassisted. In that case, Cristian Casseres, Jr. nos dio un golazo verdadero! He spent a lot of time preparing for this role at the USL level, and it shows. Plenty of talking heads, myself included, lamented the Tyler Adams-shaped hole in the midfield. Perhaps the missing piece was there the whole time.

I’d say almost most of the time

The equalizer was a long time coming in the second half. It looked as though it had come in the 70th minute. Douglas Martinez had a header that squeaked past Jensen. Enter VAR. The goal was called back when Referee Rosendo Mendoza ruled the ball hit Martinez in the arm before going in. But with RSL dominating the attack, that rescinded goal was just delaying the inevitable. Damir Kreilach finally found the net in the 91st minute.

New York travels to Minnesota for their next match. They finished opening weekend top of the West, just like the Red Bulls topped the East. Without too much hesitation, I’ll be ready for the next match.