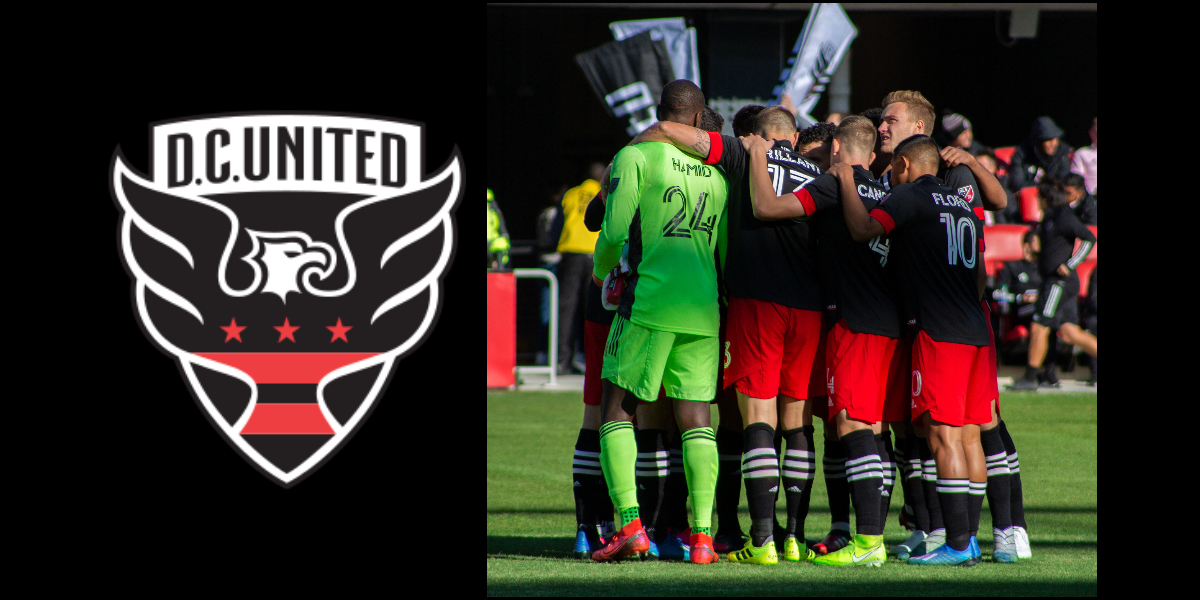 Inter Miami took all of three minutes to find the back of D.C.’s net this afternoon. Liga MX alum Rodolfo ‘Joker’ Pizarro floated a ball clear over D.C. United goalkeeper Bill Hamid, leaving the Black-and-Red playing catch up from the get-go.

The first half didn’t improve. Less than 10 minutes later, D.C. striker Ola Kamara was being examined by training staff. While Kamara has historically dealt with hamstring issues, he started off the 2020 season strong, playing all 90 minutes in last week’s match against the Colorado Rapids. Head coach Ben Olsen elected to play it safe with a 15’ substitution of newly signed Estonian forward, Erik Sorga.

Tensions flared on the field between D.C. United and Inter Miami, as the match turned rough and tumble. Referee Rubiel Vazquez somehow didn’t have any cards to show.

When Switch the Pitch asked midfielder Felipe Martins about the heated moments between D.C. and Miami, he smiled and replied, “We like the heat. It’s in those tough moments that we come alive. That’s where we show we have so much heart and care about this club, this jersey. In those tough moments, we stood together, we fought together, and in the end, we got the three points.”

D.C. was pressed hard by Miami, losing their composure as the first half carried on. Miami’s backline fluidly drifted between three, four, and five men, depending on the formation of the Black-and-Red’s attack; a dangerous tactic that almost shut out LAFC the week before.

Júnior Moreno nabbed the match’s first yellow card after a foul of Pizzaro in the 38’. Play continued its aggressive and chippy trajectory from there. Joseph Mora was badly fouled in stoppage time and replaced by Oneil Fisher, who just made his own return after suffering a severe knee injury back in 2018.

His hand forced by injuries, coach Ben Olsen made two substitutions in the first half. An anomaly considering Olsen rarely makes two substitutions a match, the early subs seemed dangerous as the Black-and-Red were left with few options for the second half should things go even more sideways.

With two of D.C.’s players downed in the first half and Miami’s (very) early lead, the mood was bleak heading into halftime.

As dismal as the first half appeared, D.C. United brought the magic in the second half. Summoning some secret sauce more potent than Capitol City’s sweet hot.

Miami’s Lewis Morgan sunk another goal in the 51’, however, VAR swiftly overturned the point. After Roman Torres was found to have denied an obvious goalscoring opportunity, he subsequently saw red. The card brought Miami down to 10 men and gave D.C. the upper hand on the pitch, an advantage they quickly capitalized on.

Yamil Asad easily converted a penalty kick into D.C.’s first goal of the match in the 59’, equalizing and infusing the Black-and-Red with some serious moxie. A few short minutes later, defender Frédéric Brillant’s focused decision making would put D.C. in the lead, 2-1 over the visitors.

When asked about the game winning goal, ever humble Brillant said, “Nothing special, you know. I saw some guys in the box and I had two possibilities, the first one to shoot, and the second to cross the ball. But I was in a good spot, and I took my chance. I said, ‘Why not?’ I think it was a good choice.” Brillant’s quick thinking earned him Man of the Match honors.

While the match would go into seven minutes of stoppage time, the visitors were unable to find an equalizer, and the Black-and-Red walked away with all three points.

Olsen stated in the post-match press conference that both Kamara and Mora have suspected hamstring injuries, which could cause issues as D.C. hit the road this coming week.

Chris Odoi-Atsem and Oneil Fisher are back! Fisher made his first appearance for the club since September 2018.

Erik Sorga is one to watch. Although Sorga didn’t score one of the two goals against Miami, it doesn’t take a genius to see that he is incredibly skilled on the ball. He will most certainly be a key player going forward.

Connections up top are coming together. Flores seemed much closer to finishing his chances tonight, thwarted only by a rugged Miami defense.

The Black-and-Red hit the road to take on FC Cincinnati on Saturday, March 14 at Nippert Stadium. D.C. United will then play the Philadelphia Union on March 22 at Subaru Park, before returning home on April 3 to host NYCFC at Audi Field.